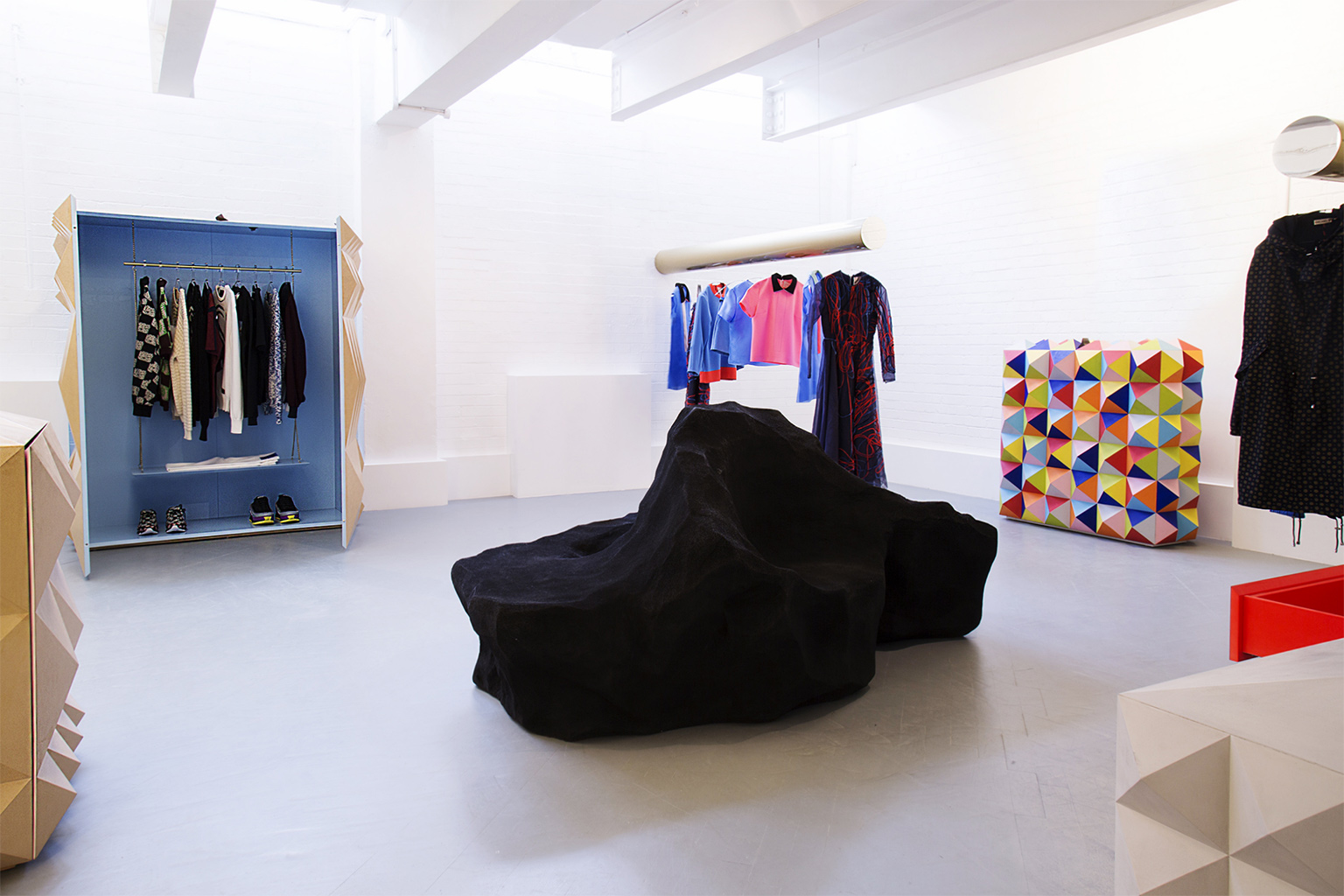 The concept for the whole LN-CC retail space makes the incredible collections of clothing, become treasures, objects of desire in themselves.

The experience of going to LN-CC is like going down, deep underground into a mine, a different, parallel world where untold wonders are stored, glittering, precious things just waiting to be discovered and brought to the surface. It is this aspect of the experience that inspired this room which is an underground treasure trove, an urban Aladin’s cave.
This is an inner-city cave which, instead of stalactites and stalagmites is adorned with over-sized subterranean golden pipes, severed in half by the unforgiving development of civilization through the ages – perhaps they were part of a Roman central heating system or perhaps they brought water to a Medieval royal fountain… Now they have been re-appropriated and are a hanging system from which LN-CC’s treasures are suspended on invisible spider-silk threads, apparently floating in thin air.

Amongst these pipes repose the “Diamonds”. These pieces, originally inspired by the dramatic play of light and shadow in Italian Renaissance architecture, are wardrobes and cabinets designed to hold your most hidden secrets. They have a unique electronic locking system with a wooden key containing a microchip. When the key is swiped down a certain point of the Diamond, rigorously different from piece to piece, Open Sesame, the cabinet magically opens to reveal the coveted cache within. 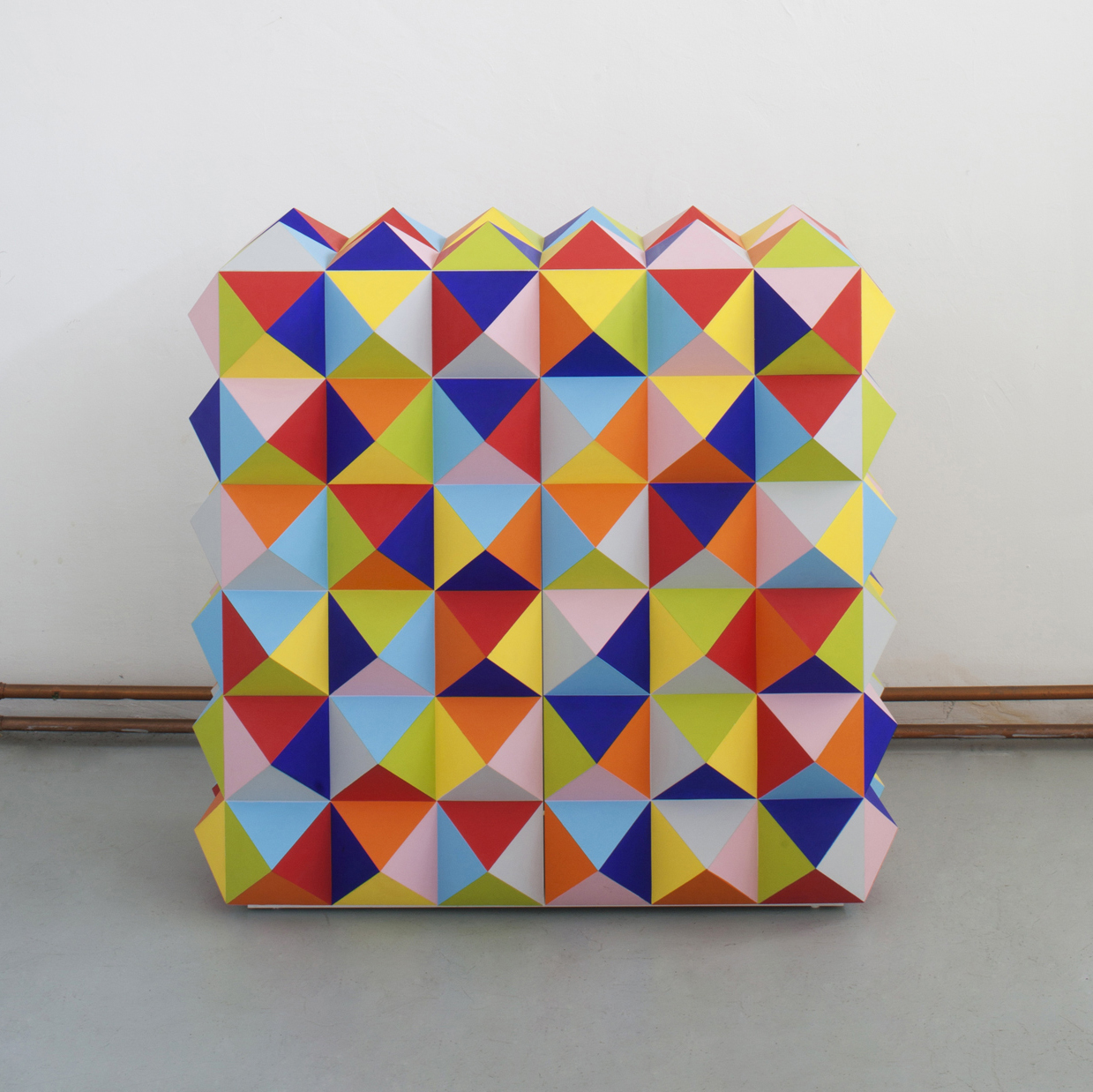 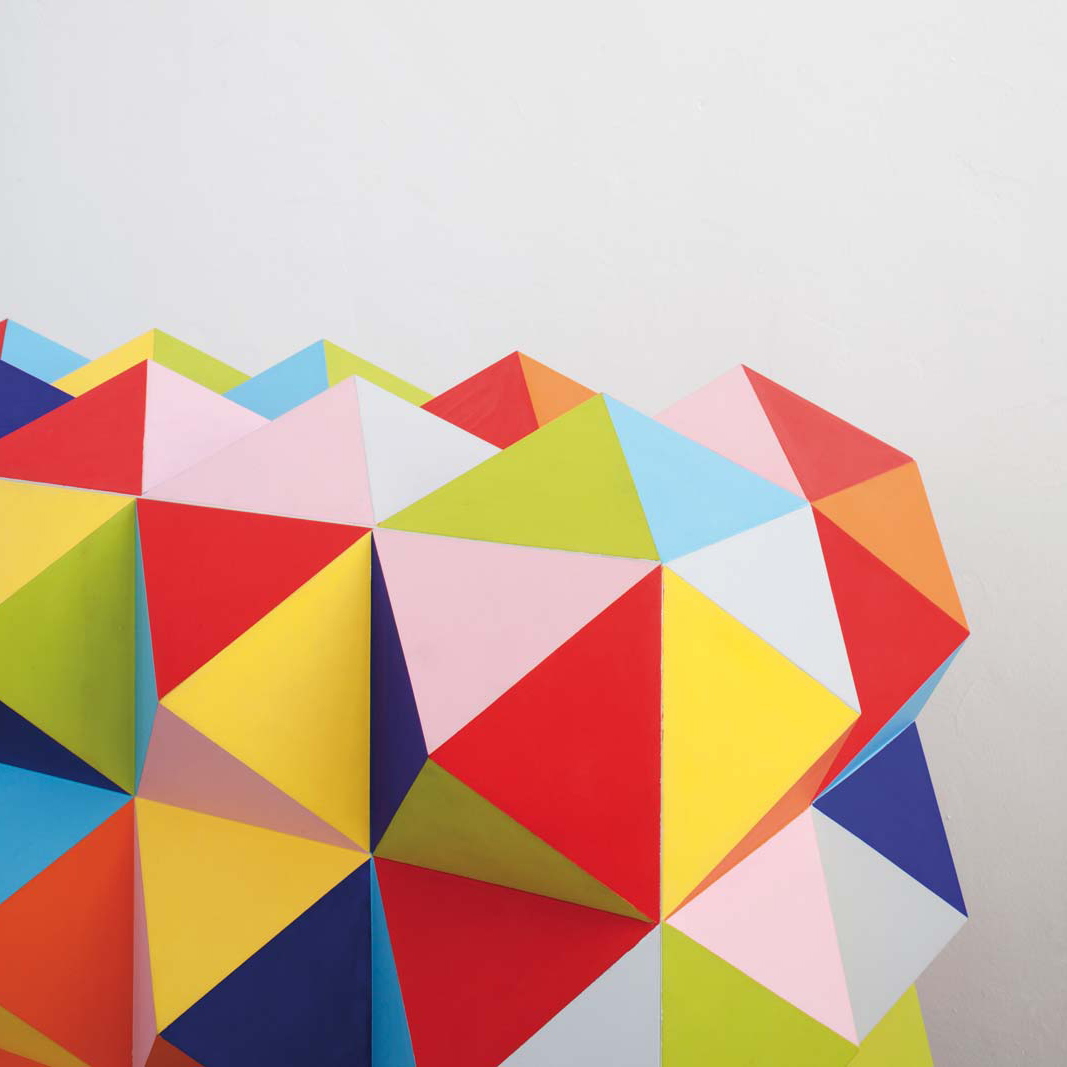 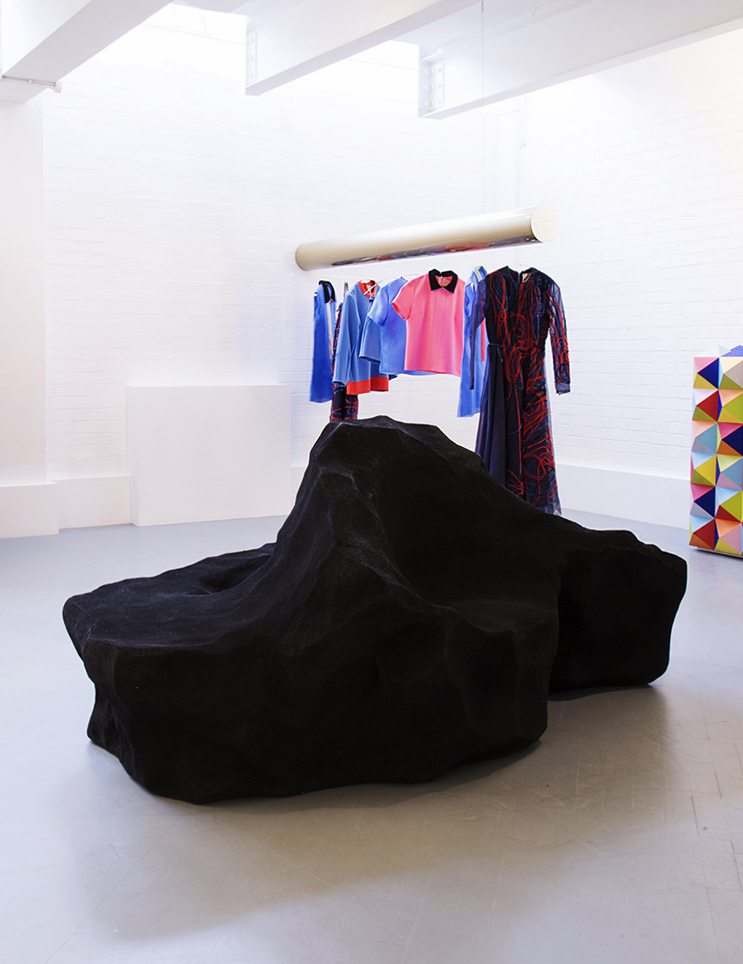 The “Meteorite” completes the chimerical landscape of the room. While the piece seems to have burst through the atmosphere and conveniently crash-landed in London’s E8 it is actually a sofa, hand-sculpted in Milan from high density Styrofoam from which the visitor can contemplate the wonders offered up to them by LN-CC.